In collaboration with Mission to the World, the foreign mission agency of the Presbyterian Church in America, Covenant sends a team each year to Washington State to work with the Suquamish Tribe, on the Port Madison Indian Reservation. Located west of Seattle on the Puget Sound, the reservation is on land which is the ancestral home of Chief Seattle.

Known as the “People of the Clear Water” the Suquamish have lived on the shores of the Puget Sound for hundreds of years, surviving on the rich supply of fish and game found there. With the coming of the transcontinental railroad in the 19th century, the state government claimed the Suquamish ancestral lands in exchange for guaranteeing the tribe’s hunting and fishing rights, health care, education, and placing them on reservation lands across the Sound. Further resentment was created in the early 20th century through government efforts known as “Americanization.”  This process included taking the children off the reservation and placing them in boarding schools, many of them being Roman Catholic schools, along with the sale of the more desirable reservation land to non-natives. All of this has created a barrier of sorts for gospel ministry among the Suquamish. But in recent years, a softening in this attitude has begun, and opened a door of opportunity for Mission to the World.

At the request of the Suquamish tribal leaders, the team from Covenant performs a variety of home repairs and yard cleanup for their military veterans living on the reservation. In addition, we enjoy daily interaction with the tribal elders and their youth, sharing meals and activities, seeking to strengthen our relationship with the Suquamish. We have shared gospel devotionals and hymns with some of the tribe, as well as hearing their ancestral stories and their music. This year marks our fourth visit to the Suquamish and we look forward to an expanded ministry among them. 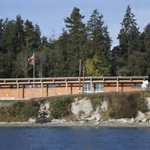 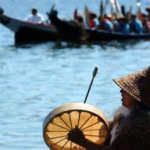 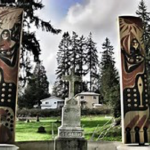